Reading Architecture as a Book

The standards for classifying good or terrible architecture are usefulness and beauty, or what we commonly refer to as practicality and aesthetics. However, practicality might quickly direct us toward functionalism, which is the only viable option, or toward the design of sculptural structures. The architect Le Corbusier once stated, “If you create a house with stone, wood, and concrete, that’s just a building; if you touch my heart, that’s architecture.” However, perhaps the readability of architecture might serve as a criterion for good architecture: Reading architecture as a book with complete words and sentences that stand up to careful consideration. 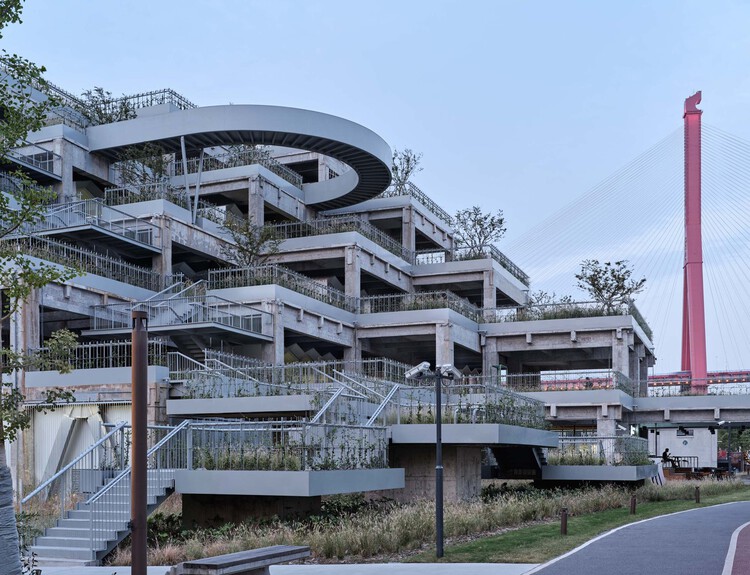 Legibility and readability are two different concepts in architecture. Architectural legibility is a term used to describe the degree to which a building facilitates the ability of users to find their way within it. On the other hand, the readability of architecture is defined here as a building with perfect logic and rich details, a recognizable form, and a space that has the ability to evoke strong emotions. Giving users the experience and spirit that good architecture tries to elicit in them. Due to the time dimension and the occurrence of events, architecture takes on a narrative-carrying dynamic and connotative quality that makes it readable.

The integrity underlying the logic of architectural design is one of the principles of readability in architecture. Architectural integrity is convincingly justified by its clear and comprehensive logic, similar to the framework of a book. This integrity is demonstrated by the building’s compatibility with its surroundings, the consistency of the building’s form, structure, and interior space, as well as the organization and accentuation of the intricate elements that lie beneath the surface of the entire building.

Green Hill only retained the structural framework of the shuttered tobacco warehouse as part of the renovation project. The design follows a simple logic. In order to lessen the oppressive feeling of the building’s large volume, it descends in two directions in layers by means of a receding platform. The entire building is connected to the city and the river bank at various heights and directions through various traffic spaces such as the city road, ramps, stairs, and double helix atrium, constituting a bridge. Finally, the whole structure resembles a giant green bridge.

The new design adopts the cantilever structure featuring a “vault-umbrella” with independent walls while the shear walls with a free layout are embedded into the original basement so as to be concreted with the original framework structure. The “vault-umbrella” dominates the entire building as an architectural element. The entire area on the ground is covered by the vault umbrella, which is rotated, interspersed, and joined together to make the complete volume. The interior adjusts the height of the vault umbrella to produce a through-height space. Concrete and metal panels are put on the façade to clearly delineate the design of the “vault umbrella”.

The uniqueness of architecture with cultural recognition is the second principle of readability in architecture. The cultural significance of architecture is becoming more and more prominent in the modern period when people are trying to break the “1,000 cities with one face” barrier. A good structure should have its own distinct personality depending on the environment, resources, and inhabitants of the area.

A river called Wanrong runs through the middle of Jishou, which makes the most central location for the art museum over the watercourse and the art museum then doubles as a pedestrian bridge naturally. Therefore, the front entrances of the Jishou Art Museum on both riverbanks are part of the mixed-use street walls and integrated into everyday life. This project is a modern interpretation of the traditional “Covered bridge” architectural type. They have a long history in the Chinese highlands and are referred to as “Fengyu Qiao.” In addition to being used as bridges over rivers or valleys, they are also used as common areas for people to rest and sell their wares. The design keeps the intended purpose while bringing additional artistic elements and modernizing Fengyu Qiao’s formal language.

Tian Han is the lyricist of the Chinese national anthem, and the pioneer and principal founder of the development of Chinese modern drama art. The prototype of the college of the art design is a study hall building in Hunan province, whose most distinctive feature is the homogeneous “zhai” space, with a parallel relationship between “zhai” and “zhai”. linear relationships. The reverse-arc vault is a translation of the traditional sloping roof with drainage; The design of opera street is a gift to the local settlements. It is based on the local residential small courtyard. Each unit maintains relative independence and constitutes the intention of the street and the lane, presenting a scene of free scatter perspective. The visitor service center & hotel is a combination of contemporary “Yin Zi” houses with an inner courtyard

The existence of a spirituality in architecture that emotionally connects with its viewers is the third principle of architectural readability. People respond favorably to spaces that resonate with them, and good architecture does this. Architects cannot create architecture from God’s perspective, but when considering how space and people interact, must consider architecture from God’s perspective as well as from the viewpoint, perspective, and sentiments of users. Here, the architect takes on a role like that of a director, interpreting and recognizing the possibilities of space on the one hand, and comprehending societal and individual spiritual requirements on the other.

The site was originally the production area of ​​Lang liquor. The project adopts the strategy of literary narration to organize the content of multiple spatial function nodes, which creates a continuous spatial scenario to enrich visitors’ experience. The Reception Lounge. The weathering steel pavilion cantilevers on the foundation bed that visitors are able to overlook the natural beauty, the long horizontal window facing the Chishui River provides a photo frame of distant mountains; the Poetic Liquor Yard with the three sides of the overhanging corridor are enclosed, surrounded by the mirror-like water; the Tree Yard has low space with a suspending roof. Windows are designed when there are trees, allowing the sun to draw a mosaic of light on the ground; full-height racks are arranged on both sides in the Exhibition Hall of Lang, and mirrors are installed on the ceiling and the ground, applying the sense of “limitlessness” through multiple reflections； visitors walk through the cherry blossoms along the cascade of stairs and are able to enjoy various sceneries; the sloped elevator stands up to the mountain, connecting the Cliff Restaurant and Renhe Cave.

“Born of kiln, bloom of porcelain” describes Jingdezhen. The brick kiln is not just where Jingdezhen originated, but it is also a place where people live and interact, preserving the warmth of memory that is inextricably linked to city life. The architectural form of the museum originates from the local traditional firewood kiln with oriental arches, which is an important part of Jingdezhen’s cultural memory and the life of the city. The entrance is on the upper ground floor of the museum structure, which has two stories above and below ground. When you enter there, you get a very similar spatial experience to the craftsmen who worked here in the past. Taking a left turn, the Ming Dynasty ruins and the lavish underground courtyard are passed through as one moves through a series of arched structural chambers that varies slightly in scale, sometimes indoors and sometimes outdoors. Beginning a journey of museum experience with kiln, porcelain, and people of the same origin.

This article is part of the ArchDaily Topics: What is Good Architecture?proudly presented by our first book ever: The ArchDaily Guide to Good Architecture. Every month we explore a topic in-depth through articles, interviews, news, and projects. Learn more about our ArchDaily topics. As always, at ArchDaily we welcome the contributions of our readers; if you want to submit an article or project, contact us.